“If you pick any cloud in the sky and watch for several minutes, two things will happen: the clouds will move and they will morph gradually changing shape. In official NASA footage of the spinning ball Earth, such as the “Galileo” time-lapse video however, clouds are constantly shown for 24+ hours at a time and not moving or morphing whatsoever! This is completely impossible, further proof that NASA produces fake CGI videos, and further evidence that Earth is not a spinning ball.”(1) 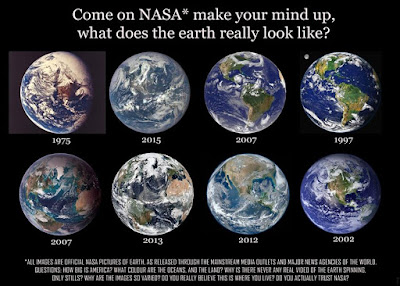 “NASA has several alleged photographs of the ball- Earth which show several exact duplicate cloud patterns! The likelihood of having two or three clouds of the exact same shape in the same picture is as likely as finding two or three people with exactly the same fingerprints. In fact it is solid proof that the clouds were copied and pasted in a computer program and that such pictures showing a ball- shaped Earth are fakes.”(1) 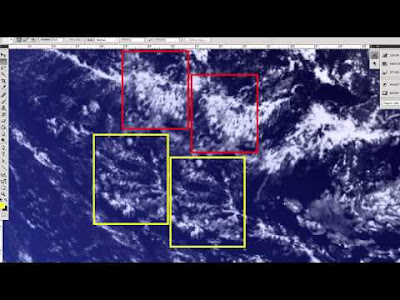 “NASA graphics artists have placed things like faces, dragons, and even the word “SEX” into cloud patterns over their various ball-Earth pictures. Their recent 2015 Pluto pictures even clearly have a picture of Disney’s “Pluto” the dog layered into the background. Such blatant fraud goes unnoticed by the hypnotized masses, but provides further proof of the illegitimacy of NASA and their spinning ball planet mythos.”(1) 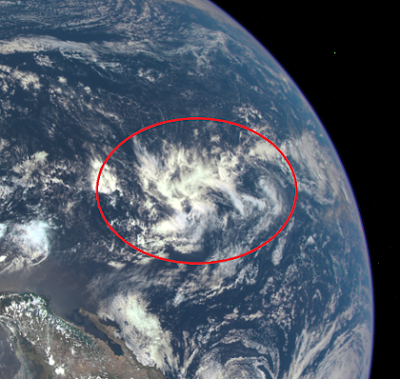 “Professional photo-analysts have dissected several NASA images of the ball-Earth and found undeniable proof of computer editing. For example, images of the Earth allegedly taken from the Moon have proven to be copied and pasted in, as evidenced by rectangular cuts found in the
black background around the “Earth” by adjusting brightness and contrast levels. If they were truly on the Moon and Earth was truly a ball, there would be no need to fake such pictures.”(1) 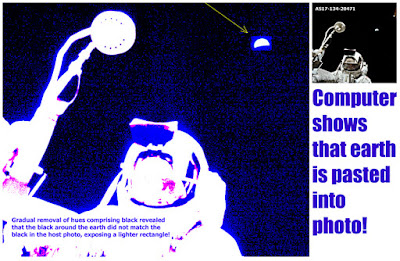 “When NASA’s images of the ball-Earth are compared with one another the coloration of the land/oceans and relative size of the continents are consistently so drastically different from one another as to prove beyond any reasonable doubt that the pictures are all fake.”(1) 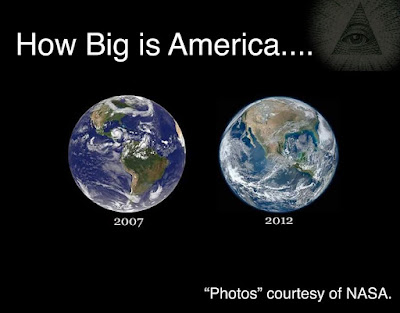 “In the documentary “A Funny Thing Happened on the Way to the Moon,” you can watch official leaked NASA footage showing Apollo 11 astronauts Buzz Aldrin, Neil Armstrong and Michael Collins, for almost an hour, using transparencies and camera-tricks to fake shots of a round Earth! They communicate over audio with control in Houston about how to accurately stage the shot, and someone keeps prompting them on how to effectively manipulate the camera to achieve the desired effect. First, they blacked out all the windows except for a downward facing circular one, which they aimed the camera towards from several feet away. This created the illusion of a ball- shaped Earth surrounded by the blackness of space, when in fact it was simply a round window in their dark cabin. Neil Armstrong claimed at this point to be 130,000 miles from
Earth, half-way to the Moon, but when camera-tricks were finished the viewer could see for themselves the astro-nots were not more than a couple dozen miles above the Earth’s surface, likely flying in a high-altitude plane!”(1) 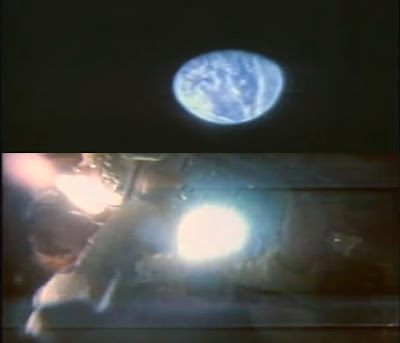 “People claim Google Earth somehow proves the ball model without realizing that Google Earth is simply a composite program of images taken from high-altitude planes and street-level car-cameras superimposed onto a CGI model of a ball Earth. The same could be just as easily modeled onto a square Earth or any other shape and therefore cannot be used as proof of Earth’s rotundity.”(1) 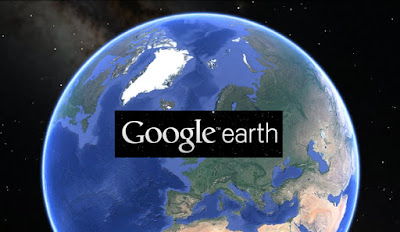 “Over the years NASA has twice changed their story regarding the shape of the Earth. At first they maintained Earth was a perfect sphere, which later changed to an “oblate spheroid” flattened at the poles, and then changed again to being “pear-shaped” as the Southern hemisphere allegedly bulges out as well. Unfortunately for NASA, however, none of their official pictures show an oblate spheroid or pear-shaped Earth! All their pictures, contrary to their words, show a spherical (and clearly CGI fake) Earth.”(1) 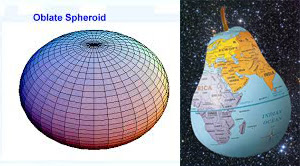 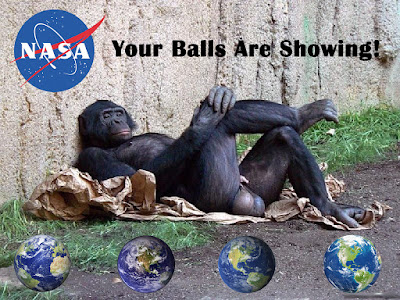 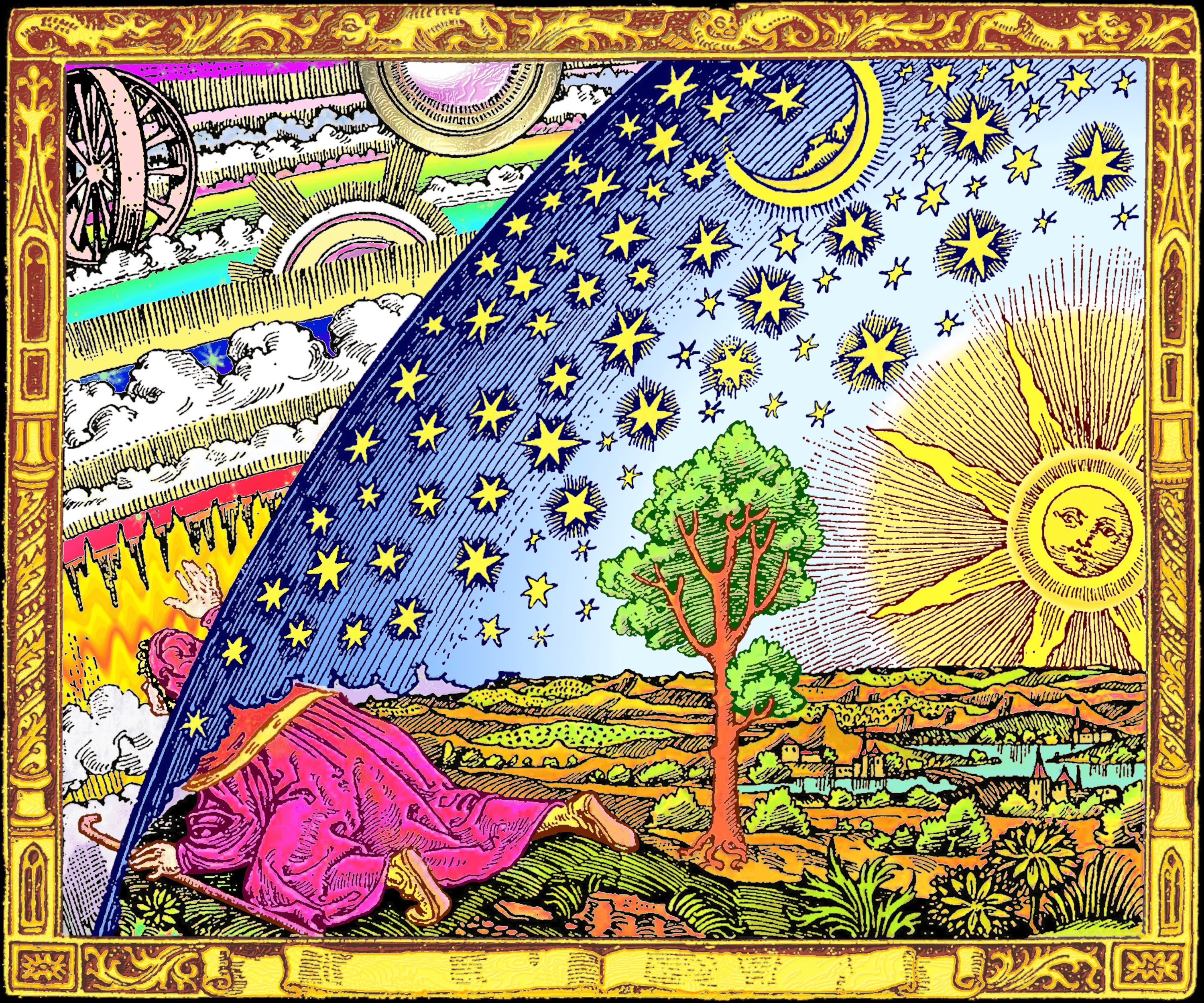